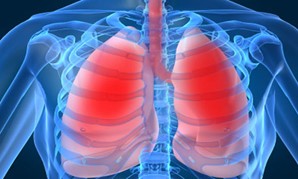 Lungs play a major role in the respiratory system. In humans, a pair of lungs are organized in a systematic way that they are arranged by thin membranes and the smaller tubes called bronchioles. It also includes a balloon-like structure called alveoli and the network of blood capillaries, which increases the surface area of the lungs for exchange of gases.

Human lungs are not symmetrical. If you always pictured two lungs that mirror each other, you were wrong. The right one is slightly larger than the left, and you’re designed like this because of the heart.

The right lung has three lobes, while the left lung only has two. This contributes to the variation in size of both your lungs.

Your lungs are controlled by the brain. Your brain tells your lungs how much to inhale or exhale, which is why you will experience changes in your breathing without intention.

It’s possible to live a healthy life with just one lung. You might notice difficulties with exercise, but as long as you don’t exert yourself too much, there will be little effect.

A very unique fact about lungs compared to other organs is that they can float on water. No other organ in your body has the ability to do this. This is mainly because the lungs always contain a liter of air, even after you’ve exhaled.

Think your lungs are just small organs sitting somewhere inside your chest? The lungs are actually quite huge, and if you spread them out fully, they would cover an entire tennis court.

When you breathe, your body uses just 5% of the oxygen you’ve inhaled. The rest is exhaled and the cycle repeats.

Your lungs are connected to your spinal cord at the back and your chest bone at the front. They are kept within your rib cage for protection.

While you might feel like your lungs are another elusive organ in your body that you never see, your mouth is directly connected to your lungs. This is through the connection of your wind pipe and esophagus.

When inside the womb, a baby’s lungs are filled with fluid. Once born, it takes around 10 seconds for a baby to take its first breath, and is the result of the change in environment.

Aside from breathing, lungs also play a key part in speech. The larynx, or voice box, is located above the wind pipe, thus pushing the air from the lungs through the voice box and converting it to sound.

The average adult takes 16 breaths every minute. This can vary depending on the type of job you have, the activity you are undertaking and even how much stress you are under.

Breathing deeply into your lungs can help to ease pain, relax more and ease stress. Breathing is used to an advantage in activities such as yoga and meditation.

Your lungs have their own defense mechanisms to protect your body against pollution and contamination as much as possible. There are cells in the lungs which produce mucous to act as protection against dust and dirt.

Inhaling is just as important as exhaling. Without breathing back out, your body would retain too much dangerous CO2.

Your lungs contain a large amount of blood, and contrary to the idea of hollow lungs, there are actually full!

Don’t always assume coughing means you have a problem with your lungs. As well as other issues it could be caused by, coughing around 10 times a day is very normal for the average person.