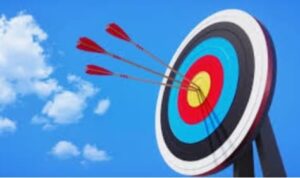 Immuno-oncology (or immunotherapy) and precision medicine are the newest developments in the treatment of advanced cancer.  Immuno-oncology helps to restore the body’s immune system and improves outcomes when administered alone or in combination with chemotherapy.

There are several immuno-oncology treatments that work in advanced lung cancer.  Some immunotherapy drugs, like monoclonal antibodies, work in more than one way to control cancer cells and may also be considered precision medicine or targeted therapy because they block a specific protein on the cancer cell to keep it from growing.

Cancer cells sometimes use checkpoints to avoid being attacked by the immune system. Drugs that target these checkpoints can be used to treat some people with small cell lung cancer (SCLC).

An important part of the immune system is its ability to keep itself from attacking normal cells in the body. To do this, it uses “checkpoint” proteins on immune cells, which act like switches that need to be turned on (or off) to start an immune response. Cancer cells sometimes use these checkpoints to avoid being attacked by the immune system.

Nivolumab can be used along with chemotherapy as a first treatment before surgery in people with certain early-stage NSCLCs.

For tumors to grow, they need to form new blood vessels to keep them nourished. This process is called angiogenesis.

Either of these drugs might also be used along with the targeted drug erlotinib as the first  line of treatment in people whose cancer cells have certain EGFR gene mutations.

EGFR inhibitors that target cells with the T790M mutation

EGFR inhibitors that target cells with an exon 20 mutation

Biomarkers to Assist in Treatment Choices