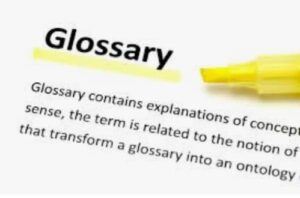 alkaline phosphatase: an enzyme that is released in larger amounts when bone is being formed.

allograft: the use of frozen samples of bone that will with time become part of the human skeleton during bone reconstruction.

anemia: a medical condition where the blood has lower than normal levels of red blood cells.

arthritis: a medical condition that causes joint pain or swelling and often limits a person’s ability to get around.

benign tumor: a tumor that is not cancerous.

bisphosphonates: a class of medications given to decrease the risk of fractures, lessen pain, and reduce the number of future radiation treatments.

bone biopsy: the actual removal of a piece of tissue from the bone for examination by a pathologist.

bone marrow: the material which makes up the soft, spongy center of bones and is where red and white blood cells and platelets are produced.

bone marrow aspiration: procedure involving the insertion of a needle to the center of the bone to remove a sample of cells and fluid for examination by a pathologist.

bone metastases or “bone mets”: occur when cancer cells from the primary tumor site relocate to the bone.

CAT scan: (computerized axial tomography) testing procedure that uses X-rays to create images of the organs and bones in the body.

chemotherapy: cancer treatment involving the use of anticancer drugs.

chronic: refers to a medical condition that occurs over a long period of time.

clinical trials: research studies that search for and test new treatments on people.

connective tissue: body tissue that supports and binds together other tissue

cortex: the outermost layer of the bone that provides support for the skeleton and where muscles and ligaments attach to allow for movement.

dowager’s hump: a medical condition associated with osteoporosis where the upper back can become hunched as a result of a spinal fracture.

enzyme: substance produced by living cells in the body that produces chemical changes in the body.

fracture: a medical term used to describe a broken or cracked bone.

hormone therapy: treatment involving the use of hormones or drugs to prevent cancer cells from getting the hormones that they need in order to grow.

hypercalcemia: a medical condition where the level of calcium in the blood is higher than normal.

immune system: the major defense mechanism of the body that is responsible for destroying protecting the body from disease and foreign agents.

impending fracture: those bones that are at risk for breaking or about to break.

joints: the place where two bones or areas of the skeleton join together.

laboratory test: the sampling of blood, urine, or other bodily substances.

localized pain: pain that is felt at the site of the metastasis.

lymph: fluid carried by the lymphatic system that helps to protect the body from infection or disease.

lymphatic system: the organ system in the body that includes the bone marrow, lymph nodes, spleen, and thymus.

malignant tumor: a tumor that invades healthy tissue to result in cancer and that can spread to other part of the body.

metastasis: the spreading of cancer cells to other parts of the body from the primary tumor site.

MRI (magnetic resonance imaging): testing procedure used to detect changes in the bone marrow caused by tumors or infections, but without using radiation

osteolysis: process by which portions of the bone are damaged by metastasis of cancer cells to the bone.

osteolytic lesions or lytic lesions: holes that are formed as a result of cancer cells that have metastasized to the bone.

primary bone cancer: cancer that has originated from the bone.

primary cancer or tumor: refers to cancer in its original location.

prostheses: artificial limbs, organs, etc. that are used to replace missing parts of the body.

radiation therapy or radiotherapy: the use of ionizing radiation to injure or destroy cancer cells during treatment.

radiographic examination or X-rays: procedure involving the use of radiation to image parts of the body.

radiopharmaceutical therapy: the delivery of active metals that give off radiation to destroy tumor cells without harming normal cells in the treatment of cancer.

reconstruction: procedure where metal, plastic, or allografts or a combination of these replaces the damaged bone in the area of the metastasis.

secondary tumor or metastasis: new tumor that is formed as a result of cells breaking away from the primary cancer site.

spinal cord compression: condition that results when the tumor squeezes or puts pressure on the spinal cord

tumor: a mass of tissue formed by cancer cells.